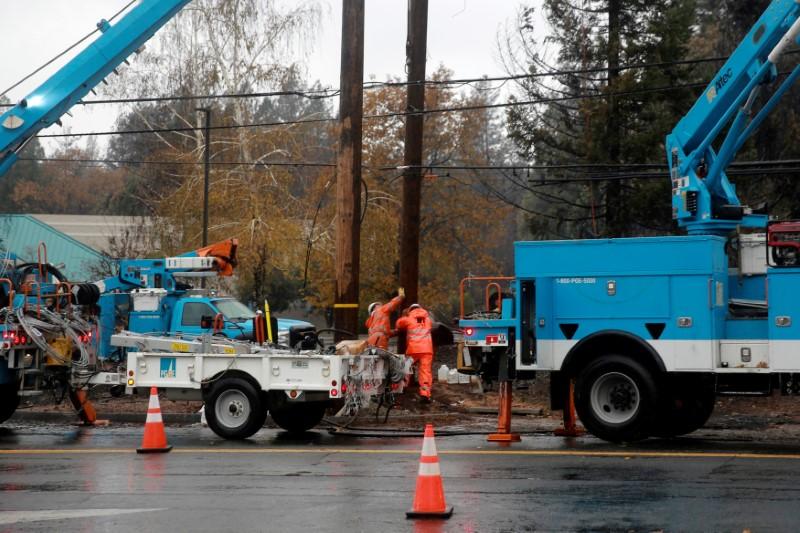 (Reuters) – A California regulator has asked PG&E Corp (PCG.N) for governance and oversight changes in its reorganization plan, while also proposing penalties of about $2 billion on the San-Francisco based utility for its role in causing the devastating 2017 and 2018 wildfires in California.

The proposal from the regulator “will require PG&E to modify its governance structure, submit to an enhanced oversight and enforcement process if it fails to improve safety, and create local operating regions”, the California Public Utilities Commission (CPUC) said late on Monday.

Separately, CPUC Commissioner Clifford Rechtschaffen proposed imposing $1.94 billion in penalties on PG&E for the utility’s role in the 2017 and 2018 wildfires.

In the proposal, an earlier imposed $200 million fine on PG&E was “permanently suspended” to ensure that the fine’s payment did not reduce the funds to meet the claims of wildfire victims.

Both the proposals will be put to vote next month, CPUC said. PG&E did not immediately respond to a Reuters request for comment.

Last month, the company had announced some new commitments in its reorganization plan to emerge from bankruptcy to meet concerns raised earlier by California Governor Gavin Newsom.

PG&E filed for Chapter 11 bankruptcy protection in January last year, citing potential liabilities in excess of $30 billion from major wildfires sparked by its equipment in 2017 and 2018.

The company needs to exit bankruptcy by June 30 to participate in a state-backed wildfire fund that would help reduce the threat to utilities from wildfires.

Paul Whelan: Former US marine jailed in Russia for spying will not be appealing against his 16-year sentence – lawyer