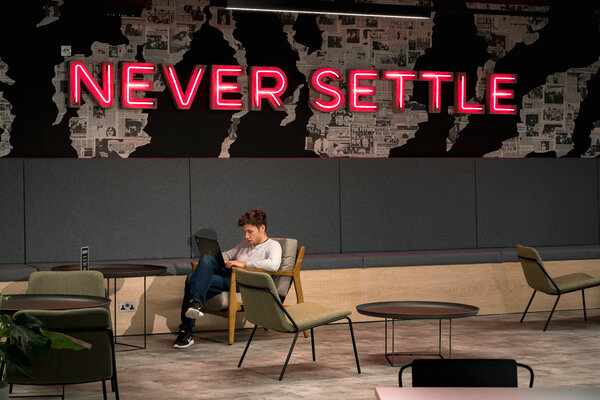 Before the pandemic, companies used to lure top talent with lavish perks like subsidized massages, Pilates classes and free gourmet meals. Now, the hottest enticement is permission to work not just from home, but from anywhere — even, say, from the French Alps or a Caribbean island.

Revolut, a banking start-up based in London, said Thursday that it would allow its more than 2,000 employees to work abroad for up to two months a year in response to requests to visit overseas family for longer periods.

“Our employees asked for flexibility, and that’s what we’re giving them as part of our ongoing focus on employee experience and choice,” said Jim MacDougall, Revolut’s vice president of human resources.

Georgia Pacquette-Bramble, a spokeswoman for Revolut, said she was planning to trade the winter in London for Spain or somewhere in the Caribbean. Other colleagues have talked about spending time with family abroad.

Revolut has been valued at $5.5 billion, making it one of Europe’s most valuable financial technology firms. It joins a number of companies that will allow more flexible working arrangements to continue after the pandemic ends. JPMorgan Chase, Salesforce, Ford Motor and Target have said they are giving up office space as they expect workers to spend less time in the office, and Spotify has told employees they can work from anywhere.

Not all companies, however, are shifting away from the office. Tech companies, including Amazon, Facebook, Google and Apple, have added office space in New York over the last year. Amazon told employees it would “return to an office-centric culture as our baseline.”

Dr. Dan Wang, an associate professor at Columbia Business School, said he did not expect office-centric companies to lose top talent to companies that allow flexible working, in part because many employees prefer to work from the office.

Furthermore, when employees are not in the same space, there are fewer spontaneous interactions, and spontaneity is critical for developing ideas and collaborating, Dr. Wang said.

“There is a cost,” he said. “Yes, we can interact via email, via Slack, via Zoom — we’ve all gotten used to that. But part of it is that we’ve lowered our expectations for what social interaction actually entails.”

Revolut said it studied tax laws and regulations before introducing its policy, and that each request to work from abroad was subject to an internal review and approval process. But for some companies looking to put a similar policy in place, a hefty tax bill, or at least a complicated tax return, could be a drawback.