Humanity has been surviving plagues for thousands of years, and we have managed to learn a lot along the way. 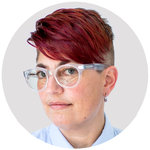 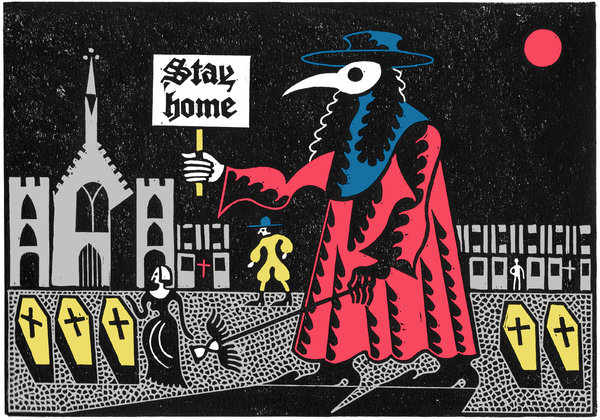 A lot of English people believed 1666 would be the year of the apocalypse. You can’t really blame them. In late spring 1665, bubonic plague began to eat away at London’s population. By fall, roughly 7,000 people were dying every week in the city. The plague lasted through most of 1666, ultimately killing about 100,000 people in London alone — and possibly as many as three-quarters of a million in England as a whole.

Perhaps the greatest chronicler of the Great Plague was Samuel Pepys, a well-connected English administrator and politician who kept a detailed personal diary during London’s darkest years. He reported stumbling across corpses in the street, and anxiously reading the weekly death tolls posted in public squares.

In August of 1665, Pepys described walking to Greenwich, “in my way seeing a coffin with a dead body therein, dead of the plague, lying in [a field] belonging to Coome farme, which was carried out last night, and the parish have not appointed any body to bury it, but only set a watch there day and night, that nobody should go thither or come thence, which is a most cruel thing.” To ensure that no one — not even the family of the dead person — would go near the corpse or bury it, the parish had stationed a guard. “This disease making us more cruel to one another than if we are doggs.”

It felt like Armageddon. And yet it was also the beginning of a scientific renaissance in England, when doctors experimented with quarantines, sterilization and social distancing. For those of us living through these stay-at-home days of Covid-19, it’s useful to look back and see how much has changed — and how much hasn’t. Humanity has been guarding against plagues and surviving them for thousands of years, and we have managed to learn a lot along the way.

When a plague hit England during the summer of 1665, it was a time of tremendous political turmoil. The nation was deep into the Second Anglo-Dutch War, a nasty naval conflict that had torpedoed the British economy. But there were deeper sources of internal political conflict. Just five years earlier in 1660, King Charles II had wrested back control of the government from the Puritan members of Parliament led by Oliver Cromwell.

Though Cromwell had died in 1658, the king had him exhumed, his corpse put in chains and tried for treason. After the inevitable guilty verdict, the King’s henchmen mounted Cromwell’s severed head on a 20-foot spike over Westminster Hall, along with the heads of two co-conspirators. Cromwell’s rotting head stayed there, gazing at London, throughout the plague and for many years after.

War and social upheaval hastened the spread of the plague, which had broken out several years earlier in Holland. But when he wasn’t displaying the severed heads of his enemies, the king was invested in scientific progress. He sanctioned the founding of the Royal Society of London for Improving Natural Knowledge, a venerable scientific institution known today as The Royal Society.

It was most likely thanks to his interest in science that government representatives and doctors quickly used social distancing methods for containing the spread of bubonic plague. Charles II issued a formal order in 1666 that ordered a halt to all public gatherings, including funerals. Already, theaters had been shut down in London, and licensing curtailed for new pubs. Oxford and Cambridge closed.

Isaac Newton was one of the students sent home, and his family was among the wealthy who fled the cities so they could shelter in place at their country homes. He spent the plague year at his family estate, teasing out the foundational ideas for calculus.

Things were less cozy in London. Quarantining was invented during the first wave of bubonic plague in the 14th century, but it was deployed more systematically during the Great Plague. Public servants called searchers ferreted out new cases of plague, and quarantined sick people along with everyone who shared their homes. People called warders painted a red cross on the doors of quarantined homes, alongside a paper notice that read “LORD HAVE MERCY UPON US.” (Yes, the all-caps was mandatory).

The government supplied food to the housebound. After 40 days, warders painted over the red crosses with white crosses, ordering residents to sterilize their homes with lime. Doctors believed that the bubonic plague was caused by “smells” in the air, so cleaning was always recommended. They had no idea that it was also a good way to get rid of the ticks and fleas that actually spread the contagion.

Of course, not everyone was compliant. Legal documents at the U.K. National Archives show that in April 1665, Charles II ordered severe punishment for a group of people who took the cross and paper off their door “in a riotious manner,” so they could “goe abroad into the street promiscuously, with others.” It’s reminiscent of all those modern Americans who went to the beaches in Florida over spring break, despite what public health experts told them.

Pepys was a believer in science, and he tried to follow the most cutting-edge advice from his doctor friends. This included smoking tobacco as a precautionary measure, because smoke and fire would purify the “bad air.” In June of 1665, as the plague began, Pepys described seeing red crosses on doors for the first time. “It put me into an ill conception of myself and my smell,” he writes, “so that I was forced to buy some roll-tobacco to smell and chaw, which took away the apprehension.”

Quack medicine will always be with us. But there was some good advice, too. During the Great Plague, shopkeepers asked customers to drop their coins in dishes of vinegar to sterilize them, using the 1600s version of hand sanitizer.

Just as some American politicians blame the Chinese for the coronavirus, there were 17th century Brits who blamed the Dutch for spreading the plague. Others blamed Londoners. Mr. Pepys had relocated his family to a country home in Woolwich, and writes in his diary that the locals “are afeard of London, being doubtfull of anything that comes from thence, or that hath lately been there … I was forced to say that I lived wholly at Woolwich.”

By late 1666, the plague had begun its retreat from England, but one disaster led to another. In autumn, the Great Fire of London destroyed the city’s downtown in a weeklong conflagration. The damage was so extensive in part because city officials were slow to respond, having already spent over a year dealing with plague. The fire left 70,000 Londoners homeless and angry, threatening to riot.

While the mayor of London issued orders to evacuate the city, Pepys had more pedestrian concerns: He wrote about helping a friend dig a pit in his garden, where the two men buried “my Parmazan cheese, as well as my wine and some other things.” Even in the middle of a civilization-shaking event, people will still hoard odd things, like toilet paper — or cheese.

Despite the war, the plague and the fire, London survived. Urbanites rebuilt relatively quickly, using the same basic street layout. In 1667, Pepys was bustling around the healing city, putting his rooms back in order and turning his thoughts to new developments in politics.

Pepys survived. Scholars are still not sure whether he ever retrieved his cheese.

Annalee Newitz (@Annaleen) is a contributing opinion writer and the author, most recently, of “The Future of Another Timeline.”

Uber, Lyft investors want to hear plans to get riders back in cars

What does parliament do in recess: Is it just a summer holiday for MPs?