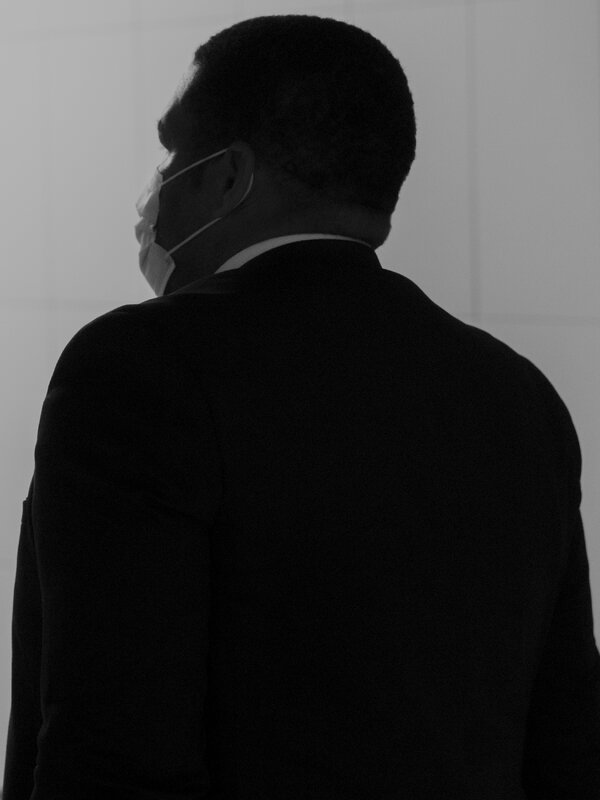 Let’s talk for a minute about Lollapalooza. After canceling in-person events last year, a few weeks ago Chicago once again hosted the long-running music festival, drawing more than 385,000 people. Many feared that the huge, raucous crowds could produce a coronavirus superspreader event.

But the festival required proof of vaccination or a negative Covid test for entry, and it introduced indoor mask requirements halfway through. And very few people appear to have been infected.

What does this tell us? That the return to more or less normal life and its pleasures many expected Covid vaccines to deliver could have happened in the United States. The reason it hasn’t — the reason we are instead still living in fear, with hospitals in much of the South nearing breaking point — is that not enough people have been vaccinated and not enough people are wearing masks.

It’s possible to have sympathy for some of the unvaccinated, especially workers who find it hard to take time off to get a shot and are worried about losing a day to aftereffects. But there’s much less excuse for those who refuse to get their shots or wear masks for cultural or ideological reasons — and no excuse at all for MAGA governors like Ron DeSantis in Florida, Greg Abbott in Texas and Doug Ducey in Arizona who have been actively impeding efforts to contain the latest outbreak.

So how do you feel about anti-vaxxers and anti-maskers? I’m angry about their antics, even though I’m able to work from home and don’t have school-age children. And I suspect that many Americans share that anger.

The question is whether this entirely justified anger — call it the rage of the responsible — will have a political impact, whether leaders will stand up for the interests of Americans who are trying to do the right thing but whose lives are being disrupted and endangered by those who aren’t.

To say what should be obvious, getting vaccinated and wearing a mask in public spaces aren’t “personal choices.” When you reject your shots or refuse to mask up, you’re increasing my risk of catching a potentially deadly or disabling disease, and also helping to perpetuate the social and economic costs of the pandemic. In a very real sense, the irresponsible minority is depriving the rest of us of life, liberty and the pursuit of happiness.

Furthermore, to say something that should also be obvious, those claiming that their opposition to public health measures is about protecting “freedom” aren’t being honest.

Most notably, ever since masks became a front in the culture war it has been clear that many opponents of mask mandates aren’t merely demanding the right to go unmasked themselves — they want to stop others from acting responsibly. Tucker Carlson has called on his viewers to confront people they encounter who are wearing masks, and there have been scattered reports of violent attacks on mask-wearers.

Also, it’s striking how quickly supposed conservative principles have been abandoned wherever honoring those principles would help rather than hurt attempts to contain the pandemic.

For decades, conservatives have insisted that business owners should have the right to do as they please — to hire and fire at will, to deny service to whomever they choose. Yet here we have Abbott threatening to pull the liquor licenses of restaurants that ask for proof of vaccination, even as Texas runs out of I.C.U. beds.

Conservatives have also championed local control of education — except, it turns out, when school districts want to protect children with mask rules, in which case MAGA governors want to seize control and cut off their funding.

So the friends of Covid-19 aren’t motivated by love of freedom. I could offer some hypotheses about their real motives, but understanding what’s driving these people is less important than understanding how much harm they’re doing. That goes double for politicians who are cynically playing to the anti-vax, anti-mask crowd.

Recent polling suggests that the public strongly supports mask mandates and that an overwhelming majority of Americans opposes attempts to prevent local school districts from protecting children. I haven’t seen polling on attempts to prevent businesses from requiring proof of vaccination, but my guess is that these attempts are also unpopular.

But politicians like Abbott and DeSantis are catering to the anti-public health minority because it’s loud and angry, and they don’t think they’ll pay any political price.

Well, I think the pro-public health majority is also getting increasingly angry, and rightly so. It just hasn’t been vocal enough — and too few politicians have sought to tap into this righteous rage. (Gavin Newsom, California’s governor, is trying. He’s pointing out, correctly, that voting for his recall would probably install an anti-vaccine, anti-mask fanatic as governor, with dire consequences for the state.)

So it’s time to stop being diffident and call out destructive behavior for what it is. Doing so may make some people feel that they’re being looked down on. But you know what? Your feelings don’t give you the right to ruin other people’s lives.

Opinion | A Priest Who Left the Church for Love