After years of passively watching nationalist governments in Hungary and Poland undermine democratic rule, the European Union finally drew the line this year and declared that disbursements from the E.U. budget and a special coronavirus relief fund would be contingent on each member’s adherence to the rule of law. Hungary and Poland have shamelessly retaliated by threatening to veto the Union’s next seven-year budget, emergency funds and all, unless the condition is scrapped.

The governments in Budapest and Warsaw couched their defiance with their usual plaints that the bloc was behaving like their former Soviet overlords. “This is not why we created the European Union, so that there would be a second Soviet Union,” declared Viktor Orban, the proudly illiberal prime minister of Hungary. But such posturing has long been discredited, especially as both right-wing governments have happily reaped huge subsidies from the European Union.

The cynical reactions of Mr. Orban and the right-wing Law and Justice government in Warsaw demonstrated how far they have strayed from the fundamental principles they signed on to when they joined the European Union. They make no bones about it: Hungarian and Polish officials recently met to set up a joint institute to combat the “suppression of opinions by liberal ideology.”

Mr. Orban in particular has systematically worked to curtail the independence of the judiciary, bring the press to heel and curb civil society. With Fidesz, his nationalist party, in full control of Parliament, he took advantage of the coronavirus pandemic in March to assume broad and open-ended emergency powers that effectively allow him to rule by decree for as long as he wants.

Poland’s Law and Justice Party, run from behind the curtain by Jaroslaw Kaczynski, has faced more opposition and so has moved more slowly, but in the same direction, and with the same illiberal zeal. Its latest effort was to have the Constitutional Court, packed with followers, sharply narrow already restricted access to abortion in Poland last month. An eruption of protests — which are continuing — forced the government to delay implementing the decision. 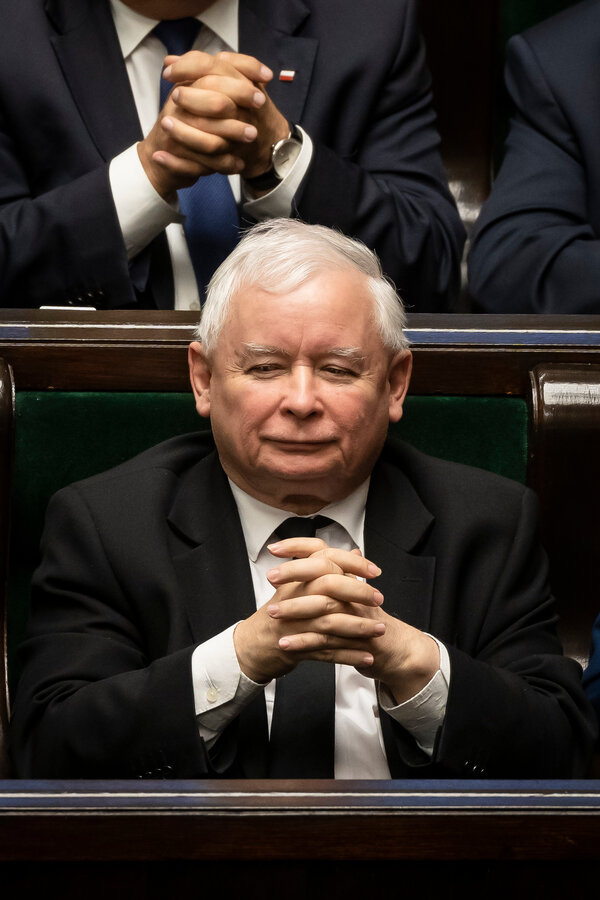 The European Union has long been cognizant of the illiberal drift of this duo, but the focus on unanimity in E.U. decision-making rendered it largely powerless to do anything about it. Hungary and Poland are the only two countries in the history of the Union to have been investigated by the executive arm of the bloc, the European Commission, under Article 7 of the Union treaty, which authorizes suspension of a member’s voting rights if it is found in “serious breach” of E.U. values. Actually doing so would require a unanimous vote by the rest of the Union, and either Hungary or Poland would block punishment of the other.

Withholding funds from wayward members, by contrast, would not require unanimity. The budget, however, does, so that’s where Hungary and Poland made their stand. If the 1.8 trillion-euro ($2.1 trillion) budget is blocked, E.U. rules allow for some emergency spending, but the sorely needed, and painfully negotiated, €750 billion emergency stimulus package would be delayed, dealing a serious blow to a continent in the grips of a major second wave of the coronavirus, and especially Spain and Italy, the hardest hit E.U. members. Though Hungary and Poland would also lose, they are betting that they can outbluff the rest.

So far, Chancellor Angela Merkel of Germany, whose country currently holds the bloc’s rotating presidency, has been reluctant to enter into an open war with Mr. Orban or Mr. Kaczynski. After a video conference of E.U. leaders on Thursday — including Mr. Orban and Prime Minister Mateusz Morawiecki of Poland — Ms. Merkel declared only that it was “a serious problem that we have to solve and we will work hard and earnestly on it.”

That work should focus on compelling Hungary and Poland to back down. Whatever other disagreements E.U. members may harbor — and, as Britain’s exit showed, these are many and deep — the concept of the Union as a community of democratic values has remained at its heart.

If Hungary and Poland succeed in what amounts to blackmail, other wavering members — Slovenia, for one, has already signaled that it is sympathetic to their cause — would follow suit, and liberal democracy would suffer a major setback. It is not by chance that Mr. Orban, in particular, has openly lauded President Trump and has found common cause with the likes of Brazil’s Jair Bolsonaro, Turkey’s Recep Tayyip Erdogan or Mr. Trump’s former political strategist Steve Bannon.

The European Union has finally found a lever to compel members to hue to the fundamental tenet of Western democracy, the rule of law. The Union must make clear that it is prepared to use it.

Opinion | We Need a G.I. Bill for Essential Workers