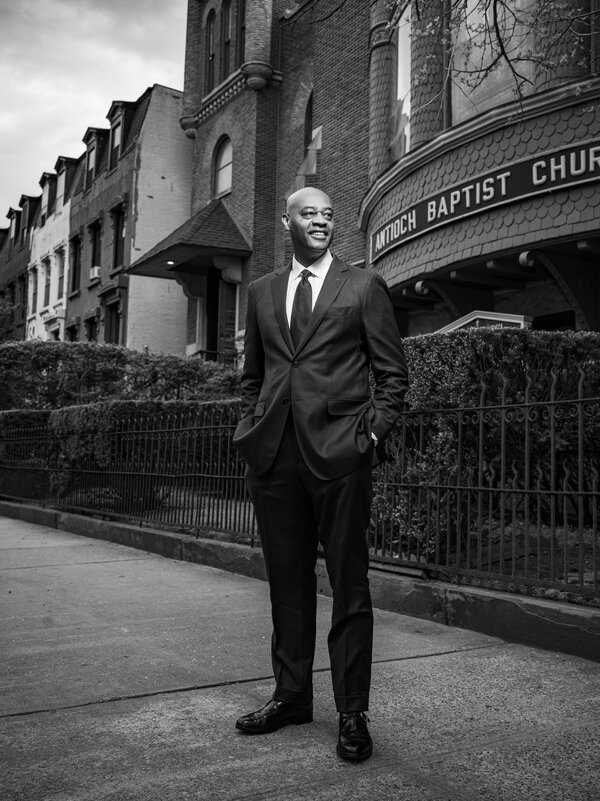 Ray McGuire is a longtime investment banker and former executive at Citigroup.

This interview with Mr. McGuire was conducted by the editorial board of The New York Times on April 26.

Read the board’s endorsement for the Democratic primary here.

Note: Several participants’ internet connections were unstable during this interview. Some audio broke up, and as a result sections of this transcript are slightly disjointed.

Kathleen Kingsbury: Thank you for taking this time to be with us. I wanted to ask you, to start, if you could tell us a little bit about why you want this job and why you are the best candidate in the field. Just because we have very limited time together, brevity would be very appreciated.

Brevity is the key. So, let me tell you why. New York is broke, it’s broken and it’s divided. Covid has exacerbated and exposed that divide. As you all know, as you’ve reported on, the economy is stated to have a 13 percent unemployment rate, and in many of our boroughs, over 20 percent. The divide that it has exposed, the divide that we have in the economy, with the unemployment rate, with health care, with education, with the criminal justice system. I’ve gone out to New Yorkers in every borough, from every walk of life, and they’re asking for a change. They’re tired of career politicians, tired of someone who’s not up to the job. They want somebody who is a competent leader.

And I have helped to lead one of the largest employers in this city. I’ve helped to lead out of crisis. I built and managed teams. They want a competent manager — I’ve managed large, complex organizations with thousands of people and very large budgets — and they want accountability. And I was the longest-standing head of my business in the history of Wall Street. I didn’t say “Black” — I said “longest” and “the history of Wall Street.” So that means I had to manage my data, set goals, empower my team and hold myself and them accountable.

I think New Yorkers want a leader who can bridge the divide across the city. And I’ve got a long track record in a life of bridge-building, cultural, racial and economic divides. I’ve led a life across the city where I’ve integrated many of the segregated parts of society. And no one else has got the ability, the lived experiences and the experiences in this city — having a history of having bridged the divide. You know, my 95-year-old mother says we sometimes do things for the people and places that we love. And I’ve decided to step up and see if I couldn’t help the city that I love, that’s given me everything. And that’s why.

Mara Gay: Thank you so much. So two of the more intractable problems that mayors in New York have dealt with over the past decade, and even before that, are NYCHA — our public — and homelessness. Why do you think previous mayors have failed to address this problem adequately? And the second part of the question is, how would your management experience lead to different results?

So NYCHA’s 85 years old. None of this can … keep it going from $7 billion to $40 billion worth of needs in NYCHA. It's been completely mismanaged, and the challenges that we have in NYCHA persist. The conditions are deplorable. I’ve visited and spent time in many of the NYCHA homes. We know we have mold. We have potential lead in the water. We know that many of the NYCHA homes do not have water over the weekends. This comes down to management. It comes down to being able to identify the problems that you have and how to execute them and having a team that can go execute.

My management style is one where I’ve managed large businesses that are similar to NYCHA, quite candidly, that were dysfunctional from the outset. I managed them from the depths of crisis. We’re going to find the best talent. You’ve got to attract. You’ve got to recruit and retain the best. Empower them and give them metrics. It’s not clear that any of that has been done at NYCHA.

The other thing that’s not being done at NYCHA, which is called on today as much as ever, is to make sure that the tenants are involved. We need to get the tenants involved. So I have a plan, in my plan, that I’m going to commit capital to NYCHA and put the right structure in place to manage NYCHA along with the tenants’ association and the leadership there, and make sure that in each of the NYCHA homes that we have the right plan and that we go about executing it.

Mara Gay: If elected, you would be the second businessman to lead New York City in two decades. How would your mayoralty be different, from a bird’s-eye view, than Michael Bloomberg’s was? Or how would it be similar?

From a bird’s-eye view means how — I mean, listen, I think he was quite effective in managing and leading the city. He clearly was up to the task. He was not a career politician. You need somebody here whose first job is not managing the city. And some of the challenges you’re going to have are challenges that are only going to be met by somebody who’s got that experience and who can bring this city together.

There’s things for which he did execute and did plan like stop-and-frisk — for which he has apologized — that did have a negative impact on the city. But from the standpoint of leading the city boards, in managing this city with metrics, making sure that many New Yorkers were included and that businesses thrived and jobs were created, I think he did a very effective job.

I would do the same thing. I would do that. And in a world where the demands are greater and the divide is broader, I would make sure that we brought the city together differently than how Michael brought it together. But I think he was very effective in leadership. I’ll be equally effective in leadership and management and bringing the city together. I’ve done that. I know how to do that. I’ve done a lifetime of that, especially in the midst of one of the greatest financial crises that we’ve had.

[Mr. Bloomberg was mayor during a period of great prosperity and widening inequality. As The Times reported in 2019, by the time he left office New York “was increasingly caricatured as a playground for the rich. Slender new skyscrapers on Billionaire’s Row had begun to cast shadows on Central Park. Neighborhoods that had seen little investment in years were bracing for gentrification. Income inequality ranked among the widest of major cities in America.”]

Alex Kingsbury: To what do you attribute the rise of violent crime in the city? Talk a little bit about your ideas for police reform.

So, listen, we have violent crime and — let’s go to a scenario here. You know, we deserve to live in a city that’s safe and that is inclusive in our prosperity. If I go through what we have experienced in Covid, I have no nets or rims on the backboard. I have no community center. I have no summer job. I have no broadband. I have no tablet. I have no laptop. And I live in a relatively small place with lots of people. I have no distraction. And so that leads me to a life where there’s a world out there that is quite seductive. The result of which is that you’ll see the increase in violence and violent crime. We need to address that.

[For years, New York has enjoyed a reputation for being the safest big city in the nation. But in 2020, homicides increased 41 percent and shootings increased 97.4 percent from 2019. Other cities around the country saw increases in gun violence that most experts attribute to the trauma and upheaval caused by the pandemic.]

You also see an increase in homelessness. You’re seeing an increase in the challenges that we have in mental illness, with four to five of the 10 calls going in to 911 having to do with mental health. We need to address that.

And so my plan would be to invest in the communities to make sure that, given the rise in crime, and the highest priority of making our streets safe, that we would invest in making sure we have the officers in place to be able to accomplish that. I would restructure, allocate the resources for that. For one, to make sure that we address the violent crime, including on the I-95 pipeline. I would invest in prevention. I would go into the communities and allocate dollars into the violence interrupters and community-based organizations and the faith-based community to make sure that we prevent that.

The suitor who could head-off the Vocus IPO