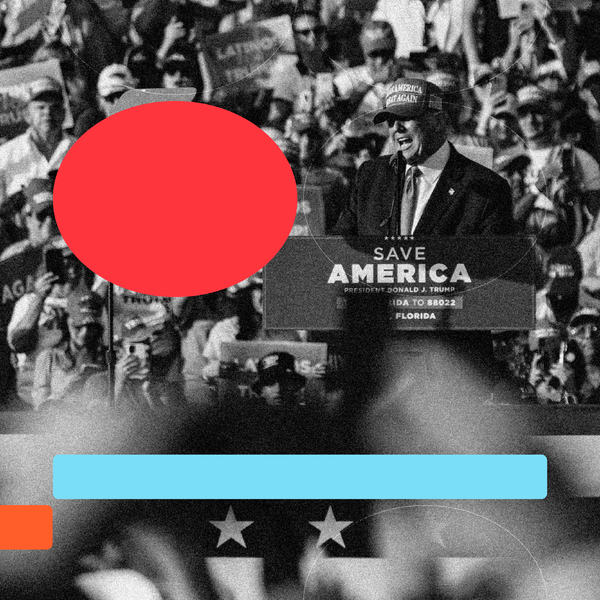 Our choices are shaped, and even bound, by the histories and institutions we inhabit. And yet they’re still our choices. We are moral agents, responsible for our decisions even if we can’t fully escape the matrix in which we make them.

And yet so much of the conversation about the modern Republican Party assumes the opposite: that Republican politicians are impossibly bound to the needs and desires of their coalition and unable to resist its demands. Many — too many — political observers speak as if Republican leaders and officials had no choice but to accept Donald Trump into the fold; no choice but to apologize for his every transgression; no choice but to humor his attempt to overturn the results of the 2020 presidential election; and now, no choice but to embrace election-denying candidates around the country.

But that’s nonsense. For all the pressures of the base, for all the fear of Trump and his gift for ridicule, for all the demands of the donor class, it is also true that at every turn Republicans in Washington and elsewhere have made an active and affirmative choice to embrace the worst elements of their party — and jettison the norms and values that make democracy work — for the sake of their narrow political and ideological objectives.

Those objectives, for what it’s worth, are nothing new. To the extent that the Trump-era Republican Party has an agenda, it is what it has always been: to be a handmaiden to the total domination of capital, to facilitate the upward redistribution of wealth and to strengthen hierarchies of class and status. To those ends, Republicans in Washington have already announced plans to reduce social insurance, cut taxes for the wealthiest Americans and restrict abortion rights.

What’s striking, again, is the extent to which many political commentators refuse to accept the moral and political agency of Republican politicians and officials. If there is a threat to democracy, goes one argument, it’s because liberals and progressives have refused to compromise their priorities in its defense. And according to another, similar argument, which I wrote about last week, the Democratic Party’s rhetoric embracing democracy is, itself, undermining democracy.

As it stands, plenty of Republican politicians and officials are making live plans to undermine any election they might lose. According to a report in The Washington Post, “Republican officials and candidates in at least three battleground states are pushing to disqualify thousands of mail ballots after urging their own supporters to vote on Election Day.”

It’s not that those mail ballots are illegal or illegitimate; the problem is that many have presumably been cast by Democrats. If Republicans can invalidate Democratic mail ballots while counting on their supporters to vote in person on Election Day, then they can forge an easier path to victory in closely divided states like Michigan, Pennsylvania and Wisconsin.

Republicans have attacked ballot access for Native Americans in Arizona — a Democratic-leaning group in a contested swing state — and embarked on a project of voter intimidation in Florida. In August, the state’s new election police force arrested 20 people accused of voter fraud. Fifteen were Black voters charged with casting ballots illegally. Several said they thought they qualified to cast a vote under a state constitutional amendment that restored the right to vote to many former felons. And in interviews with investigators, all said they had received a voter registration card from their county election supervisors.

In the absence of any evidence of intent, the state’s case against these supposedly lawbreaking voters will fall apart. But that doesn’t mean the arrests were a failure. Some Floridians, accustomed to helping older family members cast ballots by mail, have refrained from giving assistance for fear of running afoul of the state election police.

The larger point is that we should not treat the Republican effort to suppress and intimidate voters — or invalidate elections — as if it were a force of nature or the automatic result of some mechanical process. Republican politicians in Florida chose to respond to hard-fought elections by burdening their opponents. Republican leaders in Washington, likewise, chose to elevate their most irresponsible colleagues into positions of influence and authority. And Republican politicians nationwide chose to embrace the lies and the conspiracy theories that undergird the idea that the only legitimate elections are the ones Republicans win.

Led by Donald Trump and his many acolytes, the Republican Party is poised to plunge this country into political and constitutional crisis over its refusal to share power or acknowledge defeat. We can treat this as some kind of an inevitability, the only possible outcome given the pieces at play, or we can treat it as what it is: a deliberate choice.

The Times is committed to publishing a diversity of letters to the editor. We’d like to hear what you think about this or any of our articles. Here are some tips. And here's our email: letters@nytimes.com.

China's vision of its future – will it make right choices?