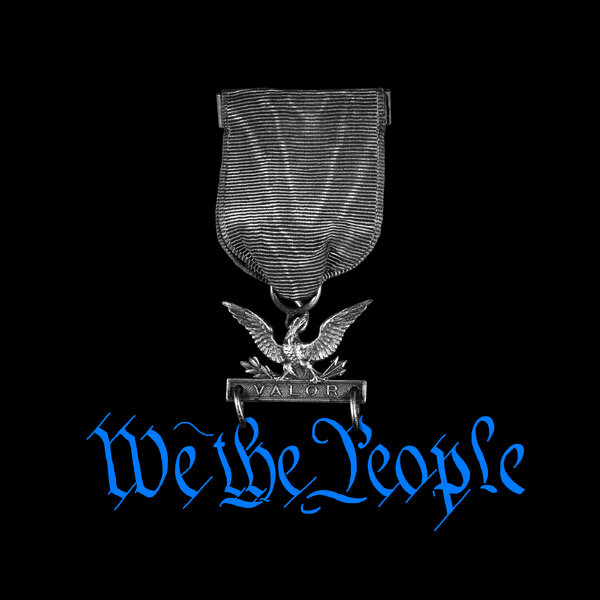 By The Editorial Board

The editorial board is a group of opinion journalists whose views are informed by expertise, research, debate and certain longstanding values. It is separate from the newsroom.

When elected leaders put party before country, Americans are diminished as a society: We grow cynical, we believe less, we vote less. Every so often, however, we witness a leader who takes a principled stand, at odds with their party leaders or supporters (or both) and ultimately against his or her own self-interest. In our era of partisan warfare, these principled acts amount to political bravery, and they are essential to democracy — helping replenish our belief in leadership and, in some cases, our trust in the rule of law being followed.

These acts of political bravery are also a powerful reminder that the structural flaws in our political system lessen the incentive to be brave. Leaders who follow their principles risk alienating donors, party bosses and voters who may scream betrayal rather than seek a measure of understanding. When Senator Mitt Romney cast the sole Republican vote to convict President Trump for abuse of power in his first impeachment trial, Republicans nationally and in Utah criticized the senator; his own niece, Ronna McDaniel, the chairwoman of the Republican National Committee, defended Mr. Trump and chided “Mitt.” When Mayor Jacob Frey of Minneapolis refused to commit to defunding the police amid a crowd of protesters after the murder of George Floyd, he was booed away, leaving to jeers of “Shame! Shame!”

These examples of leadership — whether you agree with those positions or not — are important moments in the political life of a country. It’s worth taking note of them, at a time when they are under particularly fierce attack. It’s also worth noting that the stakes of the current moment are only going to require more of such acts, particularly among Republicans.

On Tuesday, two Republicans, Representative Liz Cheney of Wyoming and Senator Lisa Murkowski of Alaska, will face primary challenges as they each seek another term in Congress. They are both running against opponents backed by former President Donald J. Trump; indeed, their political fates are in question solely because they stood up to Mr. Trump when it would have been much safer and politically expedient not to.

They are not unlike those Republicans who faced primary challenges and, in some cases, defeat in 1974 after supporting articles of impeachment against President Richard M. Nixon. And while circumstances differ, they also call to mind those Democrats who voted for the Affordable Care Act in 2010 and lost re-election that fall, or Gov. Gretchen Whitmer of Michigan, whose efforts to fight the Covid-19 pandemic made her a divisive figure. She, too, did not take the safe and politically expedient course; she became the target of an alleged kidnapping plot in 2020 and is being challenged for re-election this fall by a Trump-backed Republican.

Ms. Cheney and Ms. Murkowski are, in fact, offering two models of political bravery at a time when straight, down-the-line party support is more and more common.

Ms. Cheney’s model is that of a consistent conservative who, on a critical issue that has become a litmus test in the party, took the right stance — calling out Mr. Trump’s election lies and attempting to hold him accountable for subverting American democracy and fomenting the Jan. 6 attack. First she lost her House leadership position; now, as one of only two House Republicans to serve on the Jan. 6 committee, she is likely to lose on Tuesday to a Wyoming Republican championed by Mr. Trump. The former president is deep in the revenge business these days; she has a different purpose.

While Ms. Cheney voted in line with Mr. Trump nearly 93 percent of the time, her commitment is to the rule of law, and her resolve to put country above party is clearly more important to her than blind loyalty. Whatever happens on Tuesday, history will remember Ms. Cheney for her principles just as it will Mr. Trump for his lack of them.

Ms. Murkowski’s model is that of a more moderate pragmatist with a history of crossing the aisle on some crucial legislation and votes, against the drift of many Alaska Republicans. Ms. Murkowski did not go along with the party’s attempts to undo the Affordable Care Act, and she opposed the confirmation of Justice Brett Kavanaugh and supported confirmation of Justice Ketanji Brown Jackson. She also helped broker the $1 trillion bipartisan infrastructure bill last year.

But it was her vote to convict Mr. Trump in his second impeachment trial that now has him seeking political payback. She was one of seven G.O.P. senators to find Mr. Trump guilty then; she is the first to face re-election. Her prospects are better than Ms. Cheney’s: She will compete in an open primary on Tuesday, with the top four finishers moving on to a November election that will use a ranked-choice voting system. Ms. Murkowski is still one of the most vulnerable Senate Republicans in this year’s elections, but Alaska’s system gives her a chance to be judged by all the voters there, rather than registered Republicans alone.

Both models of political bravery bring to mind another Republican, Senator John McCain, with his thumbs-down vote in 2017 that helped preserve the Affordable Care Act, and with his bipartisan efforts on some policy issues, like immigration reform. And on the surface, Ms. Murkowski’s affinity for bipartisan coalitions — which annoys some on the right — is shared by two Democratic senators, Joe Manchin and Kyrsten Sinema, which annoys some on the left. The duo are better known for stonewalling Democratic legislation than crossing the aisle to get legislation passed, but plenty of moderate Democrats and independents see them as taking a stand in defense of consensus and compromise (neither of which is politically in vogue these days).

The positions of Ms. Cheney and Ms. Murkowski stand in sharp relief to so many of this season’s Republican candidates, who are launching scorched-earth attacks on Democrats as “liars” even as they continue to promote Mr. Trump’s Big Lie.

Some MAGA Republicans like to pretend that they’re brave with shows of chest-beating, name-calling and machismo, and complaints about being persecuted by social media and the news media. But so much of this is political theater aimed at whipping up the Trump base, and none of it requires moral courage.

Violence, like the violence unleashed during the Jan. 6 attack, is an ever-present and growing response to political bravery in our democracy. It was there at the Capitol that day; it was there in the hate aimed at John Lewis and his fellow marchers in Selma; it was present in the alleged kidnapping plot aimed at Ms. Whitmer; and it is present in the stream of death threats endured by politicians in both parties whenever they cross a line.

There are few incentives for politicians to exhibit bravery today. In a recent Times Opinion focus group exploring instances of courage and bravery in politics, six of the 10 participants — including four independents and one who leans Republican — said they thought President Biden’s decision to withdraw troops from Afghanistan was politically brave. “There are a few of us here who are old enough to remember the withdrawal of troops from Vietnam and the similar way that it played out in Afghanistan,” one of the independents said. “But it was something that needed to be done. It was not popular, but it was very courageous.”

Yet the chaos and bloodshed of the withdrawal are the first things that many Americans recall about it; future generations may recall Mr. Biden’s decision to remain steadfast in his decision, but in the immediate aftermath of the withdrawal, he faced severe public criticism and a sharp drop in his popularity.

Barbara Lee, the veteran Democratic congresswoman from California, is familiar with this lack of incentives. In the days after the Sept. 11 terrorist attacks, she emerged as the sole voice in Congress to oppose the authorization of military force sought by the Bush administration as a means of responding to the cataclysmic events of that month. Ms. Lee recalled recently that her Democratic colleagues warned her at the time that the party couldn’t make military force a partisan issue in a moment of crisis. “I said we can’t do this, it’s overly broad and setting the stage for ‘forever war.’” And after she cast her nay in what would be a 420-1 vote, Ms. Lee recalled that her friends in the House “thought I was making a mistake, saying, ‘You are doing all this good work on H.I.V. and AIDS and foreign affairs; we don’t want to lose you.’”

Some colleagues feared for her safety, others for her re-election, she said. “I got death threats — people’s shotgun shots into my voice mail,” Ms. Lee said. “The threats lasted for a long time. They don’t come as often, but I still get threats today.”

Ms. Lee faced a primary challenger the following year but was re-elected. She sees a parallel between her experience and Ms. Cheney’s. “In a strong democracy, there is the right to dissent,” Ms. Lee said. “She is dissenting as I chose to.”

Bravery alone is not enough to heal the nation’s partisan divisions. Timothy Naftali, a historian of the Nixon era, said he fears that the country is far more divided now than it was then. “We did not form a consensus about Trump after Jan. 6 like many Americans did in the summer of 1974 regarding Nixon’s abuses of power,” he said.

And even the most courageous, principled stand may not change the minds of die-hard partisans, Mr. Naftali noted. Even after the months of work by Ms. Cheney and so many others on the Jan. 6 committee, some recent polls show that it hasn’t really changed public opinion about the former president.

While Ms. Cheney appears likely to lose her primary on Tuesday, she is not sounding any regrets. “If the cost of standing up for the Constitution is losing the House seat,” she recently told The Times, “then that’s a price I’m willing to pay.” Democracy needs more profiles in courage like that.