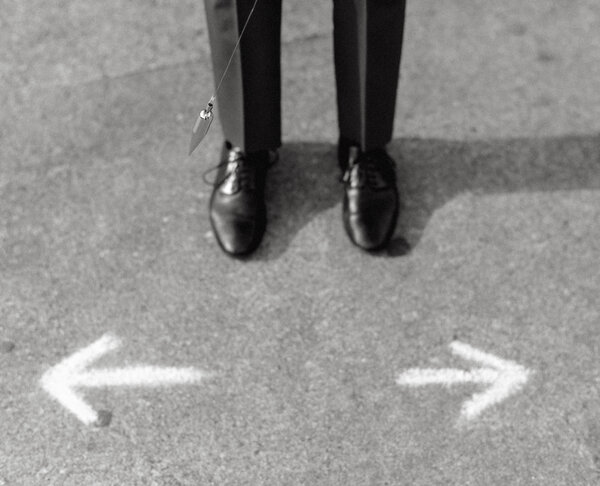 One of the master keys to understanding our era is seeing all the ways in which conservatives and progressives have traded attitudes and impulses. The populist right’s attitude toward American institutions has the flavor of the 1970s — skeptical, pessimistic, paranoid — while the mainstream, MSNBC-watching left has a strange new respect for the F.B.I. and C.I.A. The online right likes transgression for its own sake, while cultural progressivism dabbles in censorship and worries that the First Amendment goes too far. Trumpian conservatism flirts with postmodernism and channels Michel Foucault; its progressive rivals are institutionalist, moralistic, confident in official narratives and establishment credentials.

These reversals are especially evident in a pair of prominent headlines from the last week. If you had been told at any point from, say, 1970 to 2005 that a disturbed-seeming man living in the Bay Area with a history of involvement with nudist activists and the hemp jewelry trade had allegedly followed his paranoid political delusions into a plan to assault an important national politician, the reasonable assumption would have been that his delusions belonged to the farthest reaches of the left and therefore his target was probably some notable Republican.

By the same token, if you had been told in George W. Bush’s presidency that a trove of government documents would reveal the Department of Homeland Security essentially trying to collude with major corporations to regulate speech it considers dangerous or subversive, an effort extending from foreign threats to domestic ones, you would have assumed that this was all Republican overreach, a new McCarthyism — and that progressives would be up in arms against it.

In our world, though, things are otherwise. The man who allegedly attacked Paul Pelosi while hunting the speaker of the House did, seemingly, belong to left-wing culture, Left Coast culture in the not-so-distant past. But at some point in his unhappy trajectory, he passed over to the paranoias of the extreme right — probably not in some semi-rational radicalization process in which he watched too many attack ads against Nancy Pelosi but more likely in a dreamlike way, the nightmares of QAnon matching his mental state better‌ than the paranoias of the left.

His journey’s violent endpoint was singular and extreme, but this kind of left-to-right migration has more normal correlatives: the New Age-QAnon overlap, the Covid-era migration of formerly left-wing skeptics of Big Pharma onto right-wing shows and platforms, the way that all doubts about the medical establishment are now coded as right-wing, Trumpy, populist.

And the political right’s response to the Pelosi attack reflects these shifts as well. The ethos of Fox Mulder in “The X-Files,” “Trust no one,” is a now dominant value on the right, which in this case encouraged a swift leap from reasonable questions about the details of the assault, based on inaccurate initial reports, to a very specific narrative about a gay assignation that the cops and the Pelosis were presumably covering up.

As of this writing, several public references to this theory from prominent conservatives have been deleted. But the cover-up narrative will probably survive indefinitely as a reference point, an underground “truth,” like the left-wing conspiracies of old.

One of those deleted tweets belonged to Elon Musk, the new impresario of Twitter, and it inevitably became an exhibit in the case for liberal panic over his takeover: What could be more indicative of the platform’s imminent descent into a democracy-destroying hellscape than conspiracy theories spread by the Chief Twit himself?

But the alternative to Musk’s reign was clarified by the second recent illustration of our left-right reversal: a story from The Intercept, by Lee Fang and Ken Klippenstein, detailing the Department of Homeland Security’s migration into the social-media surveillance and the pressure the department has tried to exert on internet companies to flag and censor content along lines favored by the national security bureaucracy.

On the surface, this is not a partisan story: The Intercept is a left-wing publication, and the current version of the D.H.S. anti-disinformation effort got started in the Trump administration.

But everyone understands those efforts’ current ideological valence. The war on disinformation is a crucial Democratic cause, the key lawsuit filed against the Biden administration on these issues comes from Republican attorneys general (joined by doctors critical of the public-health establishment), and the most famous flashpoint remains the social-media censorship of the Hunter Biden laptop story, which Fang and Klippenstein suggest followed from what one could reasonably call a deep-state pressure campaign.

Meanwhile, according to a draft report from the D.H.S. obtained by The Intercept, the list of online subject areas that the department is particularly concerned about includes “the origins of the Covid-19 pandemic and the efficacy of Covid-19 vaccines, racial justice, U.S. withdrawal from Afghanistan and the nature of U.S. support to Ukraine” — mostly areas where, whether in wisdom or in folly, the populist right is more likely to dissent from the establishment position.

And for the future of Twitter, in particular, it’s notable that the Intercept story first points out that a committee advising DHS on disinformation policy included Twitter’s then-head of legal policy, trust and safety, Vijaya Gadde, and then notes that Gadde was one of the first people fired by Musk. It’s a tacit nod to the left-right switch: Under Musk the social-media giant is widely seen as moving “rightward,” but that could mean becoming less entangled with an arm of what was once George W. Bush’s national security state.

The point of emphasizing this reversal isn’t to suggest that either side is likely to flip back. The evolving attitudes of right and left reflect their evolving positions in American society, with cultural liberalism much more dominant in elite institutions than it was a generation ago and conservatism increasingly disreputable, representing downscale constituencies and outsider ideas.

But a stronger awareness of the flip might be helpful in tempering the temptations that afflict both sides. For progressives, that could mean acknowledging that the Department of Homeland Security’s disinformation wars, its attempted hand-in-glove with the great powers of Silicon Valley, would have been regarded as a dystopian scenario on their side not so long ago. So is it really any less dystopian if the targets are Trumpistas and Anthony Fauci critics instead of Iraq War protesters? And if it is a little creepy and censorious and un-American, doesn’t that make some of the paranoia evident on the right these days a little less unfathomable and fascist seeming, even a little more relatable?

Then the Fox Mulder right might benefit from recalling the thing that conservatives — or this conservative, at least — used to find most insufferable about the anti-establishment left, which was not its skepticism but its credulity, not the eagerness to question official narratives but the speed with which implausible alternatives took root. (If parts of Oliver Stone’s “J.F.K.” make you understand where conspiracy theories come from, the part where the conspiracy gets “explained” should make you a Nixon Republican.)

This is the key problem with the right today, whether the issue is the 2020 election or the Covid-vaccine debate or the attack on Paul Pelosi. Not the baseline of skepticism, not being attuned to weaknesses and inconsistencies in official narratives, not being open to scenarios of elite self-dealing and conspiracy and cover-up, all of which emphatically exist. It’s the swift replacement of skepticism with certainty, the shopping around for any narrative — even if it comes from Sidney Powell and Mike Lindell — to vindicate your initial theory, the refusal to accept that even institutions you reasonably mistrust sometimes get things right.

Or to put this in terms of Musk and his hopes for Twitter: The ideal virtual town square would be a place where conservatives could discuss speculative, even conspiratorial theories of the day’s events — but also a place where they could be persuaded to abandon bad theories when the evidence dissolves them.

Social-media and tribal incentives being what they are, that seems exceedingly unlikely. But if I had just paid billions to own a social media platform — and become both its main character and arguably the most important right-leaning figure in American life, pending the Donald Trump-Ron De‌Santis slugfest — I would be thinking about what it would take for a spirit of contrarianism and rebellion to aim, not simply at transgression, but at the whole of truth.

Opinion | High Bills for Covid Tests at a Hospital E.R.

China warning: US demands for more oversight on Chinese telecoms as tension simmer