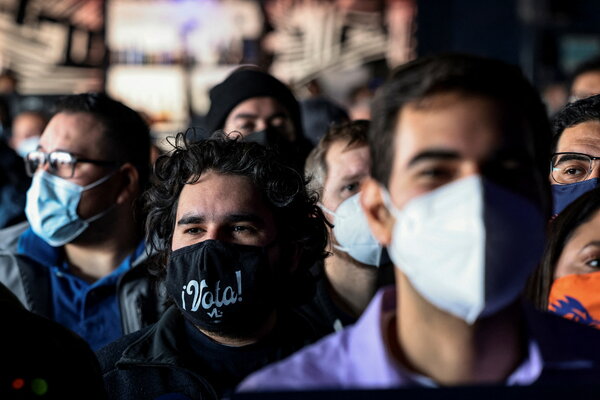 Mr. Della Volpe is director of polling at the Harvard Kennedy School Institute of Politics and has overseen its Youth Poll since 2000. He was a pollster for Joe Biden’s presidential campaign in 2020.

Millions of newly minted college graduates are about to enter a scorching job market, but many are still held back by feelings of hopelessness and depression. Less than one in 10 Americans between 18- and 29-years-old describe ours as a “healthy democracy.” Most are convinced that both political parties cater to elites over people like them and that our politics cannot meet the challenges of the times. More than anything, “happiness and stability” are what youth seek, but even that appears out of reach at a time when they’re readying to launch.

These headwinds, identified by our Harvard Youth Poll, combined with untamed inflation and declining approval of President Biden, should be of significant concern to Democrats who relied on young millennials’ and Generation Z’s historic participation to win the House in 2018, the White House in 2020, and the Senate in Georgia’s 2021 special election. Without both record-breaking turnout and the 20-point margins that teenage and 20-somethings put up for Mr. Biden in Arizona, Georgia, Michigan, Pennsylvania, and Wisconsin, Donald Trump would be a two-term president.

Yet there’s a reason to believe that Democrats can run their own once-in-a-century, Rich Strike-style derby and maintain control of Congress in November’s elections. A trifecta of events and likely developments create a narrow window for Mr. Biden and Democrats to regain their footing and shock the world.

The growing presence of Mr. Trump’s voice back on the national stage; the leak of Justice Samuel Alito’s draft opinion on abortion and the likely fall of Roe v. Wade; and the opportunity for Mr. Biden to make good on a campaign commitment to address the student debt crisis have formed ideal conditions for Democratic renewal. While older voters will prioritize each party’s pledges to reduce inflation this fall, younger voters will additionally weigh the broad set of values and vision for the future held by Democrats and Republicans.

Young Americans are more likely to vote when they see a tangible difference between the parties and feel the consequences of election outcomes. As Generation Z and young millennials were tuning into politics more closely, millions watched Mr. Trump roll back climate policy, undermine the Affordable Care Act, deliver tax breaks for the wealthy and pave the way for white nationalist theorists to enter the public square — all moves that were antithetical to the values of reducing inequality and standing up for those without a voice. These are values that we’ve found in young Americans across most points on the ideological spectrum. As Mr. Trump’s regressive MAGA message gains newfound traction through Republican primaries and in Elon Musk’s vision for Twitter, the fear of Trumpism on the march can be weaponized by Democrats to motivate young voters, as it was in the last midterms.