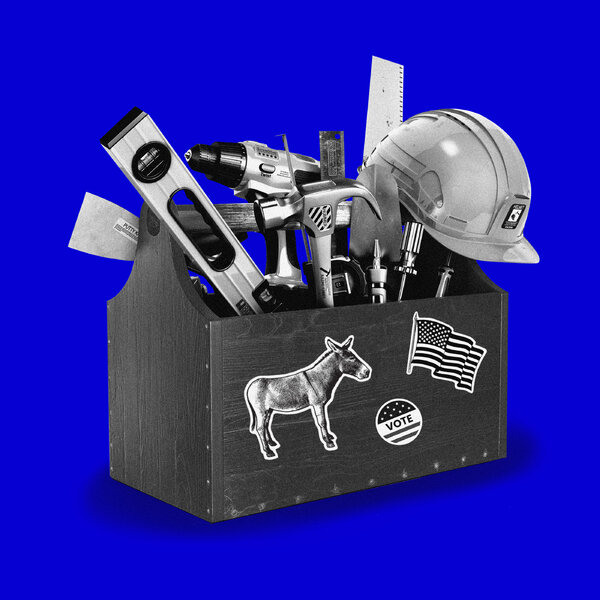 Mr. Greenhouse reported on labor and workplace issues for The New York Times for 19 years. He is the author of “Beaten Down, Worked Up: The Past, Present, and Future of American Labor.”

This past spring, Representative Jim Banks of Indiana, chairman of the House Republican Study Committee, wrote a curious policy memo, with the subject line “URGENT: Cementing GOP as the Working-Class Party.” He argued that Republicans should look to nail down working-class support through tough immigration policies, a crusade against “Wokeness,” and attacks against tech companies that “censor” Donald Trump and other conservatives, among other policies. The memo honored a time-tested Republican tradition: Wooing working-class voters by focusing not on economic issues like higher pay and runaway health care costs, but on polarizing social issues, like abortion and same-sex marriage.

Ahead of the 2022 midterms, Democrats may be inclined to dismiss such Republican attempts to appeal to working-class voters. Backed by President Biden’s 21st Century New Deal, which includes an infrastructure plan that he says would create millions of middle-class jobs, the facts are on his party’s side, dating back to F.D.R.’s New Deal, that the Democrats are far more the party of the working class. Yet in an era when politicians often woo blue-collar voters by staging photo ops at coal mines and wearing hard hats, style and theatrics have often trumped substance and policy.

To many Democrats, including Representative Tim Ryan and Robert Reich, it is preposterous that Republicans, long viewed as the party of corporate America, suggest theirs is the party of the working class. Even so, Democrats must resist complacency. They can’t stop fighting for the support of workers, no matter how ludicrous the Republican attempts at rebranding may seem. To do so, Democrats must deliver on their promises to workers — or else hammer home the point that Republicans blocked their efforts.

When Republicans attempt to style themselves as the party of working people, it can be awkward. In 2019 when the House voted to raise the federal minimum wage to $15 an hour from $7.25 — a move supported by 62 percent of Americans — only three Republicans backed the increase; the then-G.O.P.-controlled Senate, led by Mitch McConnell, refused to allow a vote on the increase. But the G.O.P. continues to maintain its chosen fiction: “The uniqueness of this party today is we’re the workers party,” Kevin McCarthy, the House Republican leader, said in an interview early this year. Senator Ted Cruz, Republican of Texas, agreed, tweeting, “The Republican Party is not the party of the country clubs, it’s the party of hardworking, blue-collar men and women.”

Yet Mr. Biden and company remain vulnerable to Republican attacks that they have become the party of Silicon Valley, Wall Street and “the coastal elite.” Republicans point to Democratic support for free-trade agreements that have sent U.S. jobs overseas, never mind that Republican lawmakers voted overwhelmingly to approve such pacts. Republicans also try to score points by maintaining that Democrats care more about helping immigrants than down-on-their-luck factory workers in the Midwest.