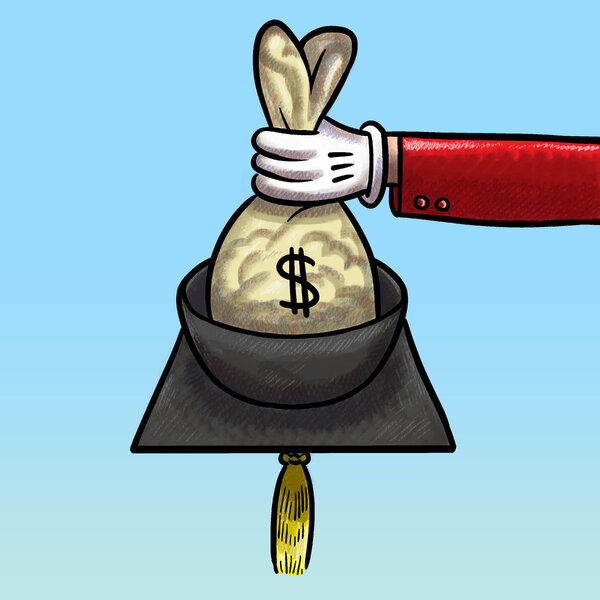 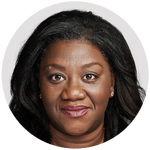 If it weren’t for all of the Black women students milling about, Bennett College in Greensboro, N.C., would be the picture of Hollywood’s idea of a small liberal arts college. The red-brick architecture anchors a manicured quad. Wide footpaths crisscross the small but tidy commons.

And then a brick wall announces a boundary not quite breached by the surrounding area’s racial segregation and economic precarity. But it is a half wall, one on which you can sit and stare outside the bubble toward the reality from which students arrive. As metaphors go, it is a strong one: Black colleges like Bennett cannot afford to build a wall so high that the world does not intrude.

I recently visited Bennett just ahead of news that the Rolling Jubilee Fund — a project of the Debt Collective, a national union of debtors that purchases portfolios of debt in order to erase them — would be canceling all past-due tuition bills in collection. For Bennett College, that amounts to just over $1.76 million. For an idea of the scale of that forgiveness, consider that the median university endowment in 2021 was $200 million. Bennett’s endowment is around just $15 million. Active since 2012, the Rolling Jubilee’s debt erasure program goes a long way for institutions with paltry endowments that serve minority students with a lot of financial need.

When I strolled the yard recently, I knew that many Bennett students would be getting a letter freeing them of the debt that weighed them down and made it hard to live up to the promise of a college education. The biggest deal is not the cash that forgiveness might free up and which could be spent on rising housing costs or used to pad their savings. The Bennett leaders I spoke with say the most tangible benefit is that students who owe the college money can now get access to their academic transcripts, proving that they have in fact attended school. As a lot of students learn the hard way, an account balance means no transcripts. The real world always exists on campus if you know how to see it.

The Biden administration is now considering giving more former college students a version of the relief that the Bennett students are experiencing: debt forgiveness. A lot of people worry that debt forgiveness will spur inflation. They tsk-tsk about what it will say to people about personal responsibility. And they worry about the optics of forgiving people who partied for four years and did beer pong in the quad and blew through their parents’ credit card limits on spring break.

Those are worries of an out-of-touch chattering class. No one drank enough beer in college for the last 30 years to deserve a student loan balance that increases even as the debtor attempts to pay down the principal. The message that some people don’t deserve debt relief is a politics of grievance. If you cannot craft a political message that acknowledges that we turned the greatest vehicle of social mobility into a debt machine, then you are not good at messaging.

This is the right message: We messed up. Our bad. Make it right. Cancel the debt.

Too many Americans believe college and the real world are distinct spheres. Like scriptwriters, we collectively draw a picture of what college looks like: residential, maybe a big state school or a small private elite school. Professors are generally male and erudite. And the students are young, diverse, able-bodied. We imagine the college years as a holding pattern, a liminal space between family home and the pressures of jobs and bills. Yet today most students have more in common with Bennett Belles than the idealized college student. Because we do not make that clear to Americans, our debates about who should pay for college — and at what social expense — are stuck in the 1950s.

Opinion | When You Don’t Have Trump to Hide Behind

AstraZeneca to buy Alexion for $39 billion to expand in immunology

COVID-19: Potential amber travel watchlist would be ‘disaster’ – with fears Spanish holidays could be among first affected