Yes, but they haven’t made a big difference. 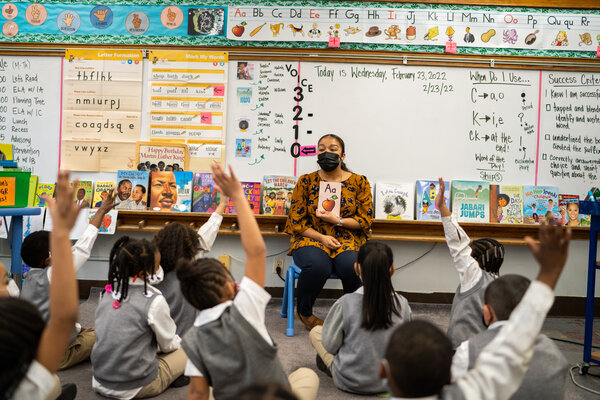 Daily life in red and blue America has continued to be quite different over the past few months. It’s a reflection of the partisan divide over Covid-19. Consider:

In the country’s most liberal cities, many people are still avoiding restaurants. The number of seated diners last month was at least 40 percent below prepandemic levels in New York, Philadelphia, Minneapolis, San Francisco, Portland, Ore., and Cambridge, Mass., according to OpenTable. By contrast, the number of diners has fully recovered in Las Vegas, Miami, Nashville, Phoenix, Charlotte, N.C., and Austin, Texas, as well as in Oklahoma, Nebraska and New Hampshire.

Residents of liberal cities like New York, Washington and San Jose, Calif., are still spending significantly more time at home and less at the office than before the pandemic began, according to Opportunity Insights, a Harvard-based research group. In more conservative places, the rhythms of daily life have returned nearly to normal.

During the Omicron wave, schools in heavily Democratic areas were more likely to close some classrooms or require that students stay home for extended periods.

These stark differences have created a kind of natural experiment: Did Omicron spread less in the parts of the U.S. where social distancing and masking were more common?

The answer is surprisingly unclear.

No single statistic offers a definitive answer. When I look at all the evidence, I emerge thinking that liberal areas probably had slightly lower Omicron infection rates than conservative areas. But it is difficult to be sure, as these state-level charts — by my colleague Ashley Wu — suggest:

Opinion | Quitters, We Want to Hear From You!